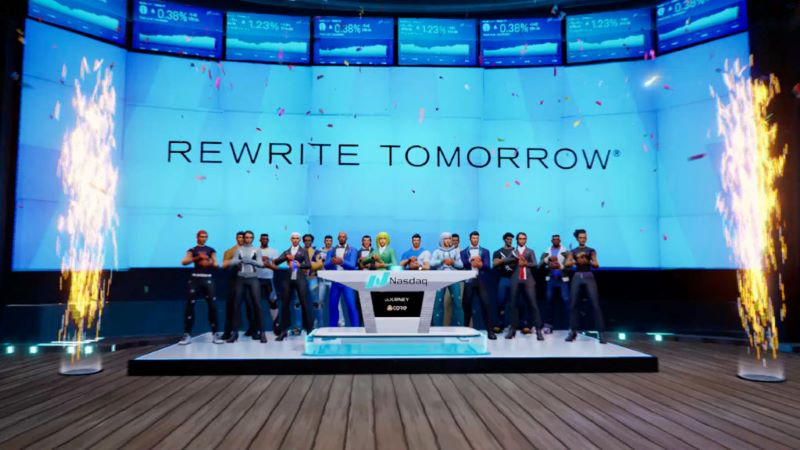 Some of the biggest names in AR/VR/XR gaming, engineering and computer simulations are metaverse-ready, all thanks to their physical location in Orlando, where IoT, AI, modeling, simulation and training are establishing the MetaCenter.

Orlando’s $6 billion modeling, simulation and training industry has its roots in the Space Race, leading to the rise of several powerful military contractors and gaming companies. Hundreds of people, working for three companies – Electronic Arts (EA), Engineering and Computer Simulations and Red 6, use proprietary technology to break down physical boundaries to entertain gamers and to train the U.S. military in new ways.

Gaming giant Electronic Arts, the creator of “Madden NFL,” is expanding hiring for positions, such as software engineers and technical artists, at its EA Tiburon studio in Orlando to take its games further into the metaverse. The company is already innovating with artificial intelligence and machine learning, VR collaboration tools, and virtualized, real-world cameras to harness even more metaverse capabilities for its games. With its position firmly planted in the MetaCenter, Electronic Arts recently relocated to a brand-new space in Downtown Orlando’s Creative Village.

“Coupled with the more recent rise of regional expertise in AR/VR, AI, IOT, and more, along with demonstrated success in an emerging experience economy, Orlando is uniquely positioned for future growth.”

“At EA, we are excited to see all of these worlds collide and support the creation of a metaverse hub in Orlando where we can drive new ways of thinking about technology and talent that will meet the future needs of evolving industries,” Holt said.

The MetaCenter is home to several companies using gaming simulators, along with AR/VR/XR to train members of the U.S. Military. Waymon Armstrong founded Engineering and Computer Simulations (ECS) 25 years ago in Orlando. The company, which employs more than 100 team members, creates advanced learning technologies for the Department of Defense, along with industry and government clients. The company has been working in the metaverse since 2007.

“We have the only lab in Florida where we’re using haptic gloves for mixed reality medical and aircraft maintenance simulations. If you want to work in modeling and simulation training, Orlando is the epicenter.”

In 2013, ECS created a virtual medical center for the Department of Veterans Affairs – the only virtual platform the American Diabetes Association approves for continuing education. Throughout the COVID-19 pandemic, the virtual medical center was a crucial tool for the VA. With ECS’s metaverse technologies, medical care reached veterans in the physical world.

With a mission to make air combat training safer and to cut costs, the Air Force awarded the company multiple contracts within the last year – putting Orlando front-and-center of defense research and development in the metaverse.

“Orlando’s high quality education system, talent availability and competitive operating costs has provided us with the environment we need to scale up our augmented reality capabilities.”

“Central Florida positions Red 6 in the MetaCenter at an exciting time for disruptive technologies that are improving and sustaining daily lives and life experiences,” Robinson said.

The MetaCenter has the largest concentration of AR/VR faculty and researchers at the University of Central Florida, compared to other universities in the United States. The Central Florida AR/VR Association is the largest chapter in the country with more than 50 members.

The Orlando Economic Partnership unifies our community’s strategies to create a more prosperous economy for all. Through the power of our partnerships we strengthen our regional assets and businesses, advocate for regional priorities and write the next chapter of Orlando’s story